OK, first off I know this isn't really a Paralympic mani but I was just really feeling these colours that day and I just got my OPI Germany collection so I wanted to use it, this is also my first ever saran wrap mani, which I guess should be called a cling film mani as that's what we call it in the UK!

I wore this mani to the Paralympic opening ceremony and for a day out shopping in Westfield  Stratford with my soon to be step-daughter. We had a lot of fun and I picked up my Kiko holo's which are just beautiful and I will show you later. We also saw a lot of the athletes shopping which was exciting too!

For this mani I started off with 2 base coats of OPI's Don't Talk Bach to Me from the Germany collection. To be honest I wouldn't have usually picked up this colour, it reminds me of pea soup, but I actually don't have anything in my collection which is close so why not? This colour really grew on me. As always the formulation with OPI is good and it was opaque in 2 coats. 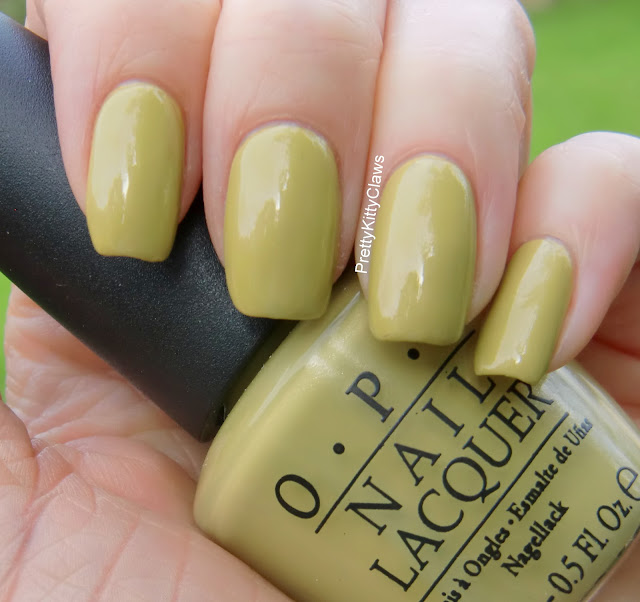 Then I thought I'd try a saran wrap mani. Initially I tried a coat of OPI Just Spotted the Lizard from the Spiderman collection but it was just too light so I went with OPI Number One Nemesis instead.

If you haven't done a saran wrap mani before they are really easy and I found a great tutorial on Nailed It which you can find here. To be honest I think a plastic bag or a bit of screwed up paper would have probably done the same job.

Number One Nemesis has a really pretty shimmer to it which I really liked, unfotunately it was a really grey day when I took these photo's so it doesn't show up as much as I would have liked. 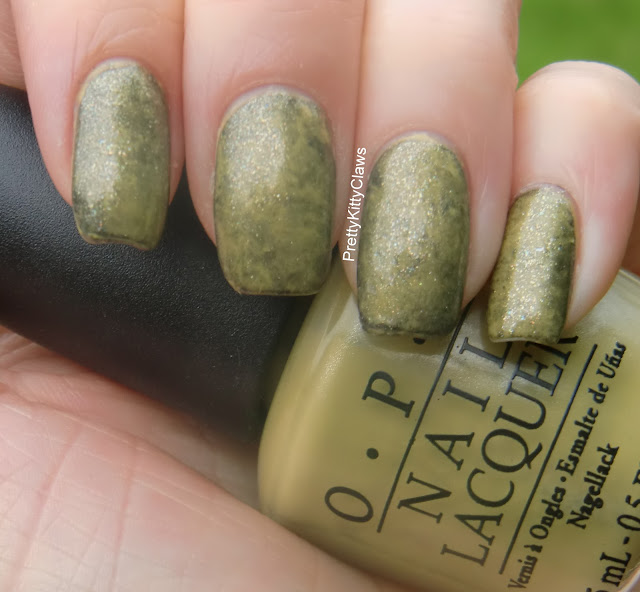 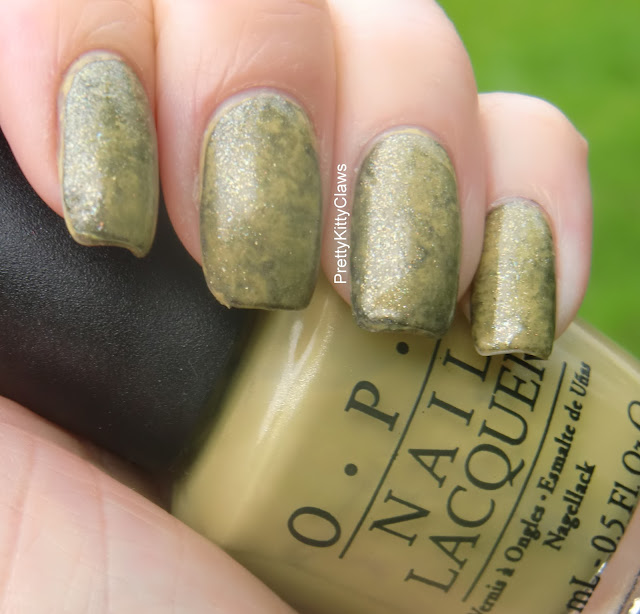 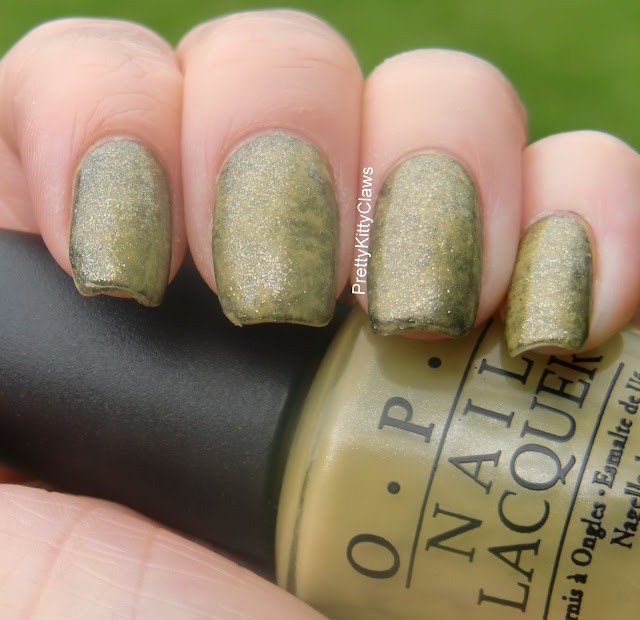 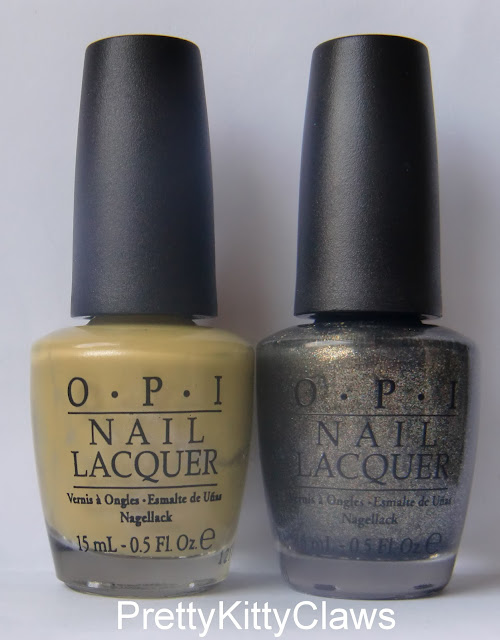 Now, I know this has nothing to do with mani's but it was so special I wanted to share it with you. In case you are interested or didn't see it the Paralympic opening ceremony  it was amazing, the theme was Enlightenment and it was opened by Professor Stephen Hawking who is perhaps the world's most brilliant physicist. He is an absolutely amazing man and I am in even more awe of him after reading this. The things that people can achieve are just incredible! 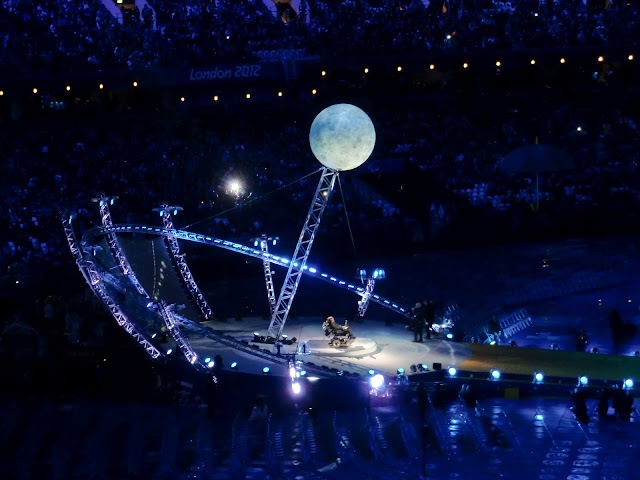 After the opening of the ceremony there was a video clip played about 4 individuals who had or were competing in the games. The talked about their hopes, how they became disabled and what they had done to overcome their difficulties. They each had a role to play in the opening ceremony and we didn't have to wait long to find out what one of them was - a flypast in a plane lit up with blue lights and trailing fireworks. This flypast was by aerobility, a British charity that helps to train disabled people to become pilots. It was so touching and beautiful, I had a tear in my eye. I took a photo of the big monitor so you can see what the stadium looked like too! 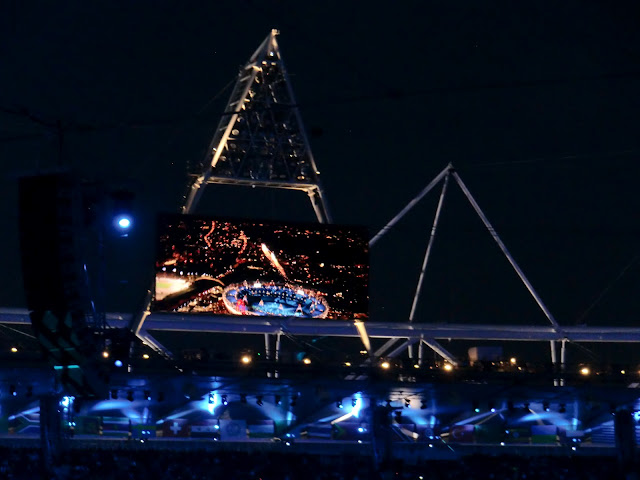 This was the moment the British athletes came out - it went wild and there was glitter everywhere! 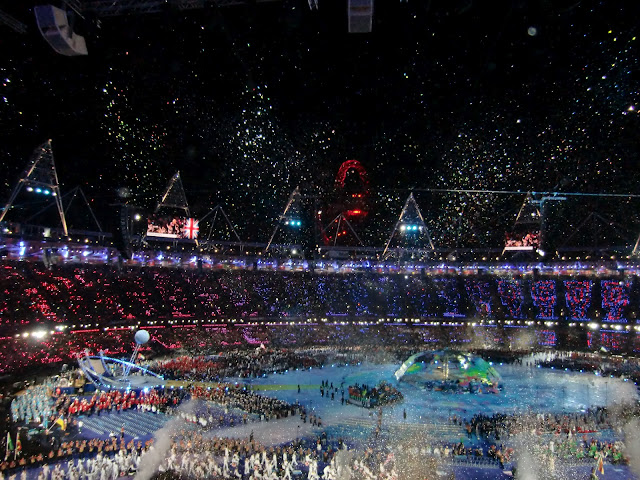 In the final moments of the ceremony  there was a huge firework display and you can see a large scale reproduction of a famous and controversial sculpture by Marc Quin entitled 'Alison Lapper pregnant', which has famously been displayed in Trafalgar Square. 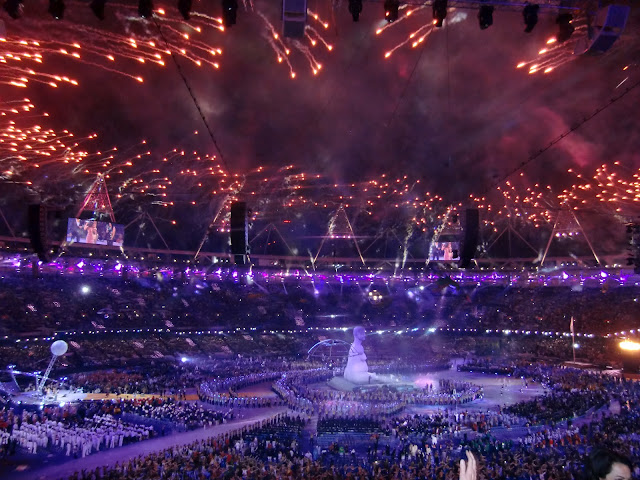 So I hope you enjoyed those pictures as well as the mani - good luck to all the paralympians!!
Posted by MiagiCat at 05:11

Thanks so much for commenting. I took off the annoying verification thing so I thought I better add some moderation to avoid spam messages, you know what the internet is like!

Anyway, it's great to get comments and I'll verify them as soon as they get to me.
x

MiagiCat
I am a polish loving girl living in the UK. I've 'met' some wonderful people through this hobby and I'm having fun, fun, fun! I started this blog so that I could keep track of the mani's I have done and to track the progress of my skill and style. The picture on the right is my furbaby Miagi - isn't he adorable??!! 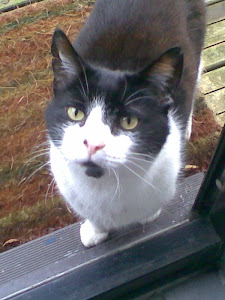